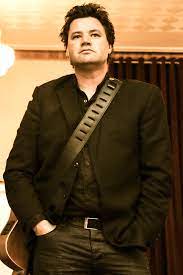 Live recording of Storytellers @ the Station – with our special guest – Damian Howard http://www.damianhoward.com.au/

Damian’s songs and song writing skills have been sought by a number of local and national artists and were recently recognised by Irish singer, Mary Black, on her new release Full Tide. St Kilda Again, a co-written song with his older brother Shane Howard. As the principal songwriter for The Ploughboys Damian’s songs have been released on three independent CDs and have received airplay throughout Australia and have additionally been featured on a number of compilation CDs.