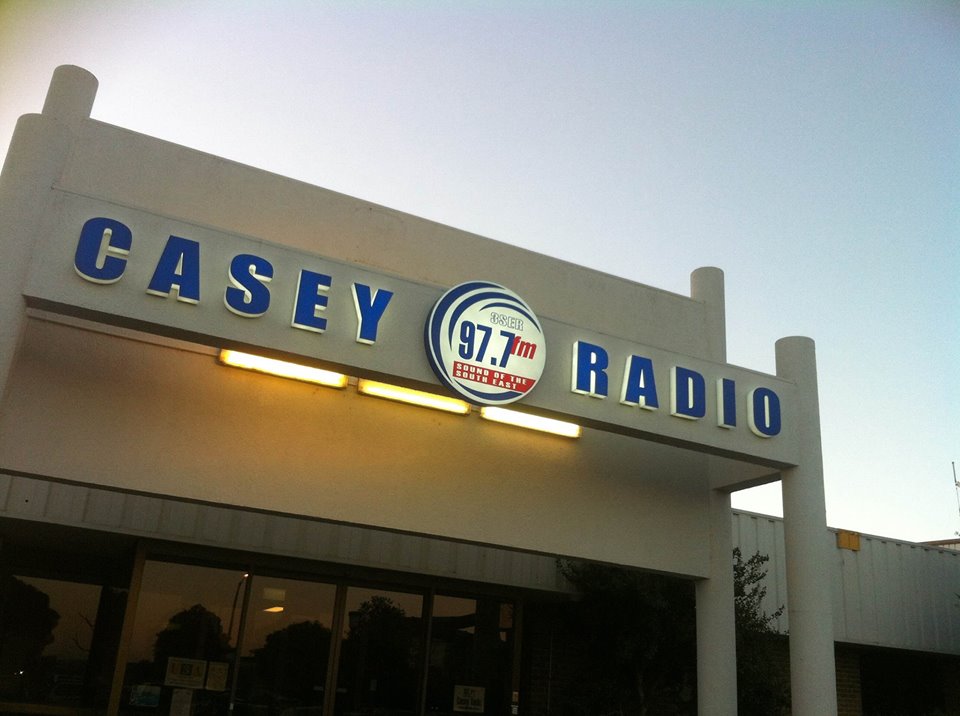 Casey Radio is operated by South Eastern Radio Association Incorporated, also known as 3SER, and broadcasts on the 97.7FM frequency.

The station covers the south-eastern municipalities of Casey,  Greater Dandenong with a lesser overlapping parts of the Cities of Kingston, Frankston and Bayside.

3SER started broadcasting more than 35 years ago with its first test transmission taking place between on May 6-12, 1984 as Market City Radio or 3MCR on 88.3FM.The station was original located in the upper floor of the basketball stadium at JC Mills Reserve on Cleeland Street, Dandenong.Test transmissions were conducted four times a year one week at a time and continued until the station was granted its full-time licence in May 1991.

Between its inception and gaining a full-time licence, 3SER moved from Dandenong to the Fountain Gate Regional Shopping Centre, Narre Warren, in the late 1980s after being offered a $5000 grant and a rent-free site for five years by the centre’s then-owner, Overland Construction Coorporation, as well as a $10,000 loan by the City of Berwick.

A letter to the editor by the station’s founding president, Fred Harrison, published in the Dandenong Journal on March 19, 1990 said the move from Dandenong to Narre Warren was “primarily a question of transmission and reception of our signal”.

“With FM, signals are received basically by line of sight and because of this our transmitter site at the basketball stadium at Mills Reserve was in a depression and therefore our signal had no hope of getting to our prescribed areas – these being the Cities of Dandenong, Springvale, Berwick and the Shire of Cranbourne,” Mr Harrison said.

“The City of Dandenong supported the concept of a local community radio station right from the beginning and provided a home for us right from the outset and this will always be appreciated.

Later 3SER relocated to a self-funded premises around the corner in Webb Street, Narre Warren in 1996.

In September 2002, the station again moved to its current studios in Cranbourne East where it have celebrated almost two decades on air. Since moving to Cranbourne, the station has undergone a comprehensive refurbishment and now boasts two studios featuring state-of-the-art equipment and software, office, recording and production space and a fully-equipped outside broadcast vehicle.

3SER’s studios feature the latest digital-based broadcast audio distribution systems often used in commercial radio. The station was supported by the City of Casey and Telstra in 2006 to secure new broadcast antennas and a transmission building. Ongoing support from the Commonwealth and Community Broadcasting Foundation also enabled it to purchase and install a new FM transmitter to improve signal coverage.

3SER was officially rebranded Casey Radio in 2014 to reflect the mutual, ongoing relationship with our major sponsor, the City of Casey, and our broader community. The term Casey Radio, however, was unofficially used from the time the station relocated to Cranbourne.

Casey Radio has a proud history of diversity in broadcasting and still has several current presenters involved with the organisation who were apart of early days during test transmissions.